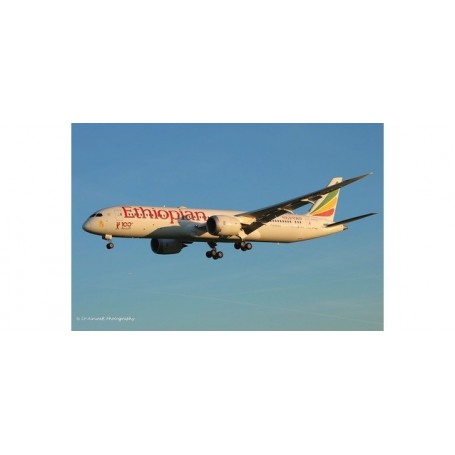 Flygplan Ethiopian Airlines Boeing 787-9 DreamlinerWith the delivery of ET-AUQ at the end of 2018, Ethiopians fleet count reached 100 aircraft for the first time. Since then, the fleet of Africas largest airline has further expanded and consists of almost 120 aircraft. This 787-9 is named after the German city of Frankfurt, one of over 100 international destinations served by the airline.