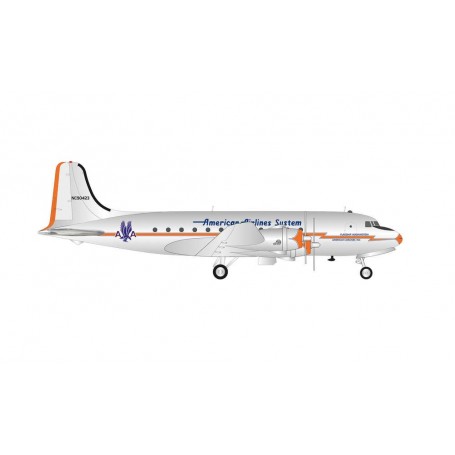 After the end of the Second World War, numerous now surplus C-54 transporters were reconfigured for commercial use. The 'Flagship Washington' was one of over 50 DC-4 operated by American Airlines, and was handed over to the airline in 1945. Due to its inc