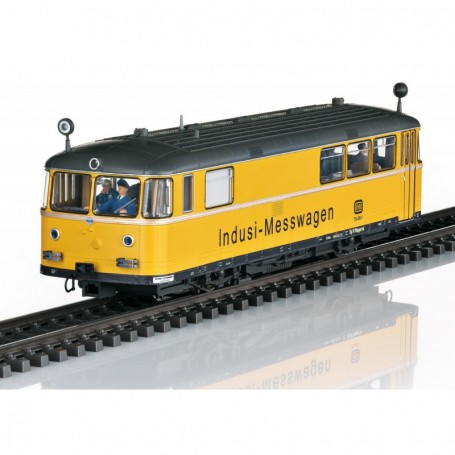 Model
The car has an mfx+ digital decoder and extensive sound functions. It also has controlled high-efficiency propulsion with a flywheel. 2 axles powered. Traction tires. The car has factory-installed interior lighting. The triple headlights and dual red marker lights change over with the direction of travel, will work in conventional operation, and can be controlled digitally. The headlights at both ends can be turned off separately in digital operation. The car has the double 'A' light function. Maintenance-free warm white and red LEDs are used for the lighting. The car has interior details with several figures. There is an additional powered rail car driver in the cab.Length over the buffers 16 cm / 6-5/16'.

This model can be found in a DC version in the Trix H0 assortment under item number 22657.

Tooling variation based on the VT 95.9 rail bus.World of Operation mfx+ digital decoder and a variety of operation and sound functions included.6 Figures installed at the factory, including a powered rail car driver.