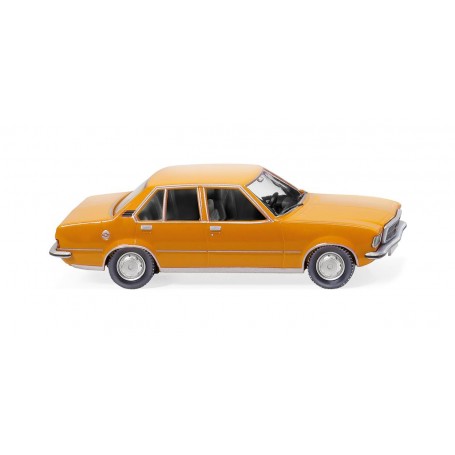 Rekord glows in the flower-power look

Regardless of the spirit of the time may be, there must also be authenticity
Because the Opel Rekord from WIKING moulds glows as orange as the sun. This presence in the radiant paintwork characterises many images of the 1970s pure flower-power feeling. The Opel Rekord D sped off the production line from August 1971 until the company holidays in the summer of 1977 and became a million seller! The designer, Chuck Jordan, created the blueprint for the Rekord D, whose form proclaimed consistent linearity and created a significant optical distance from its predecessor. The Opel limousine matched its time unerringly because it reflected the middle classs attitude to life. This was what made the Rekord a best seller. 1,128,196 vehicles were built up to July 1977.