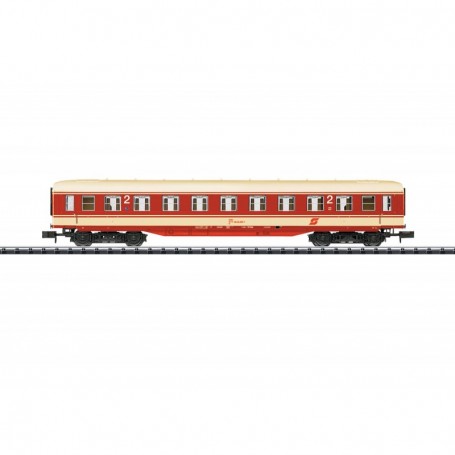 In 1939, regular production began for streamlined cars. Due to the sheathing that extended low on the cars, they entered railroad history as 'Schürzenwagen' / 'Skirted Cars'. The weight on them was reduced considerably through the use of modern welding te

Reissue with a new car number