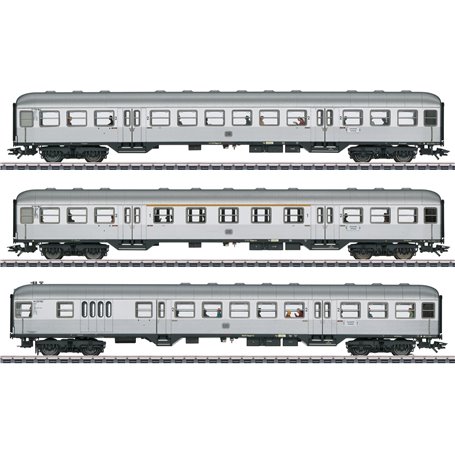 Model: The minimum radius for operation is 360 mm / 14-3/16". The cars have underbodies specific to the car types. The trucks have brake shoes. All of the cars include factory-installed LED interior lighting and operating current-conducting couplers. The cab control car includes light changeover with the direction of travel, 3 each white to 2 each red, and this feature works in conventional and digital operation. Maintenance-free LEDs are used for the lighting. The car set has a drag switch for the lighting. All of the cars have numerous figures from the firm Preiser installed in them and the cab control car also has a figure of a locomotive engineer. Downpipes and brakeman's steps are included. Total length over the buffers approximately 85 cm / 33-1/2".

The 41275 passenger car set is being produced in 2018 in a one-time series only for Insider members. 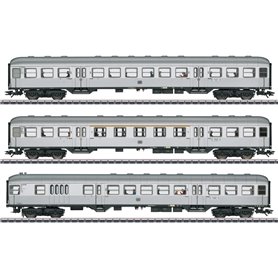