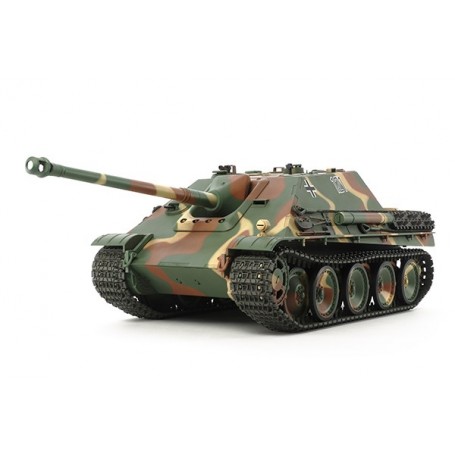 This Large-Scale 1/16 model recreates a late production version of the Jagdpanther, the German tank destroyer which terrorized enemy armor during WWII with its powerful L/71 8.8cm gun. It was first assigned to units from June 1944 and saw action in Normandy, the Ardennes Offensive and the Eastern Front as Nazi German forces were worn down towards the end of the conflict.