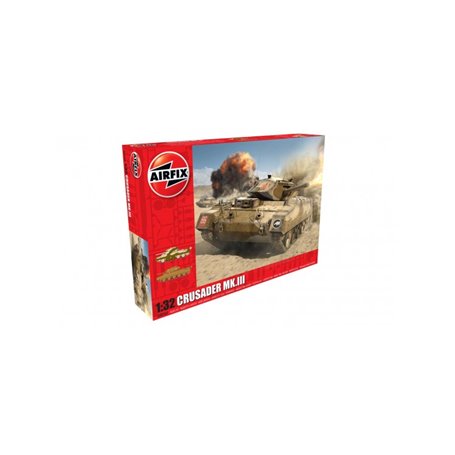 The Crusader Tank was one of the primary weapons of the British Army during its early engagements with the Germans during the Second World War. While early variants fought in the campaigns in France and then Greece, the Mk.III Crusader proved itself to be invaluable during the desert in North Africa where, in the vast expanses of the desert speed was a vital factor in tank engagements.

The highly mobile cruiser tank had this in plentiful supply, and with larger 6 pounder gun fitted to the Crusader Mk.III, it was able to pack a punch to match the early Panzer III and IV tanks it faced in combat. But as the German tanks increased their armour protection and firepower, especially with the introduction of the Tiger in 1943, the Crusader began to fall behind and was replaced by the lend-lease tanks such as the M3 Grant and M4 Sherman as soon as they became available. The chassis however continued to see service as an AA tank up until the wars end; its reliability and pace proving to be useful assets once more in this role.