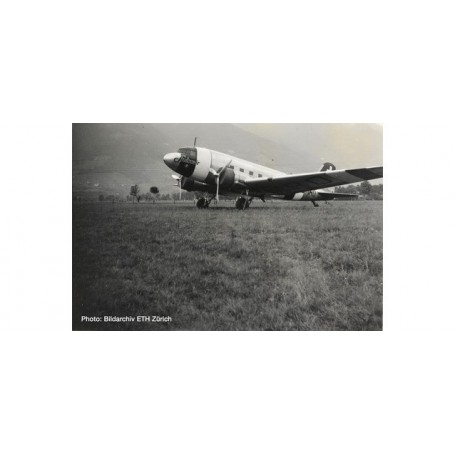 Delivered new in 1938, HB-IRO, and most Swissair aircraft in the early 1940s carried highly visible white and red stripes on fuselage and wings.

This was common practice during the Second World War to avoid any aircraft from Switzerland being shot down by mistake by any of the warring factions.

In 1955, the aircraft was sold to Ozark Airlines in the US where she several decades later flew at air shows throughout the country as N143D in Herpa colors