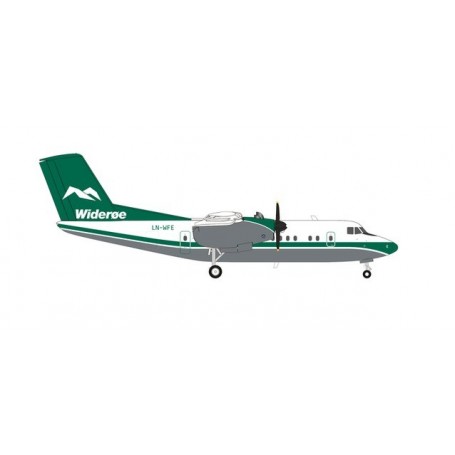 A total of twelve of these aircraft, which were designed for short take-offs and landings were operated by Norways Wideroe between 1981 and 1996.

They were ideally suited for the many short runways in the western and northern parts of the country. LN-WFE is released in the livery in which she and the other Dash 7s were originally delivered.