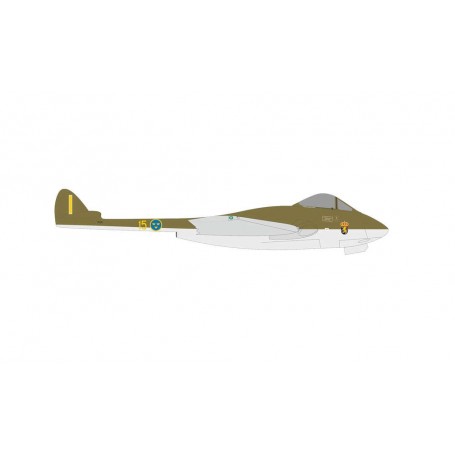 The first production aircraft of this jet fighter reached British air force units in 1946, just a few months after the end of the Second World War. Among the many export customers was also the Swedish Air Force which relied on the single-engined Vampire a