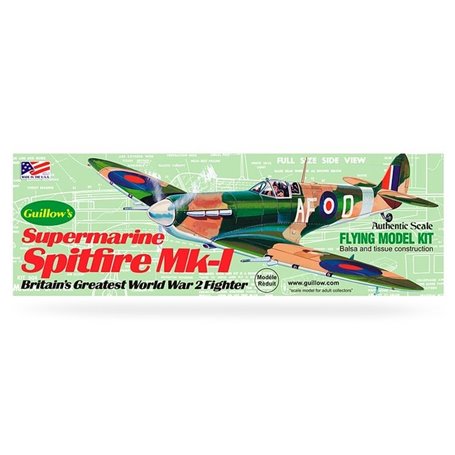 The Supermarine Spitfire was Britain's most successful fighter of the second World War. The airplane's orignal design was created by Reginald J. Mitchell. It's development started in 1925, which resulted in the famous Schneider Trophy contest racers. Eventually, it was developed into a fighter that sustained British hopes during the darkest hours of the Battle of Britain. The prototype Spitfire fighter was first tested on March 5, 1936 and in June of the same year was first placed in production. The Spitfires were in the forefront of the fighting on every front, and in every major action fought by the R.A.F. No combat fighter is more deserving of its legendary reputation the one truly immortal warplane to emerge from World War 2