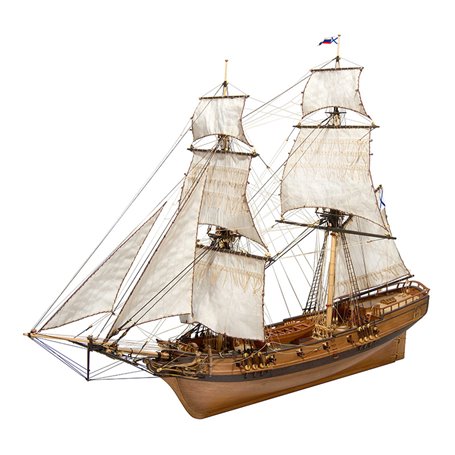 The 12-gun brigantine "Phoenix" became part of the Russian Black Sea Fleet in 1787 with a crew of 52. During the Russo-Turkish War of 1787-1792 she took part in several battles including the battle near the Island of Fidonisi and the battle near Tendra Island where she managed to capture a 10-gun Turkish brigantine.

During the war with France of 1798-1800 she was used as a transport ship. After the war she sailed between ports of the Black Sea until she was disassembled some time after 1803 in Nikolaev.