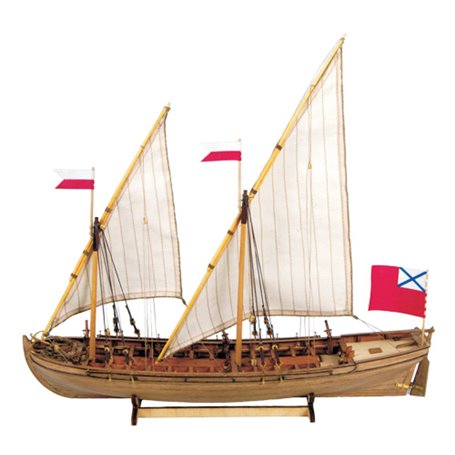 Double boat was a small sailing and rowing vessel used by the Russian navy in the 18th century. These boats were designed for operations on rivers, in estuaries and near coasts.

The double boats were predecessors of gunboats and performed the same tasks as well as troop landing and transportation functions. They were used as aviso boats as well.

Depending on the period of construction, the double boats had from 9 to 20 pairs of oars. Initially, their rigging consisted of two masts with lateen sails, later - one detachable mast with square sails. Early double boats didn't have a deck, while later ones had one deck.