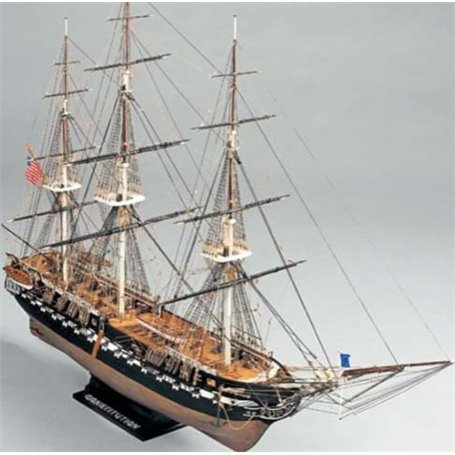 After two abortive attempts, she was finally launched on 31st. December 1797. She became known as Old Ironsides and continued in service until 1897 when she was towed back to the scene of her launching in Boston and remains there as an American shrine and museum.