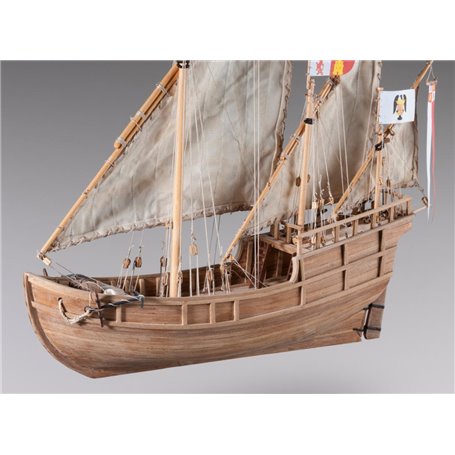 The Nina was a ship in a fleet of Christopher Columbus on his voyage to America. Other ships were flagship Santa Maria and Pinta. The voyage of the Christopher Columbus starts in August 1492 in port Palos de la Frontera. After two months at 12 October sailors saw a land. There are no exact drawings of the Nina but it is supposed that a length of hull of the ship was about 20 meters and displacement about 100tons.