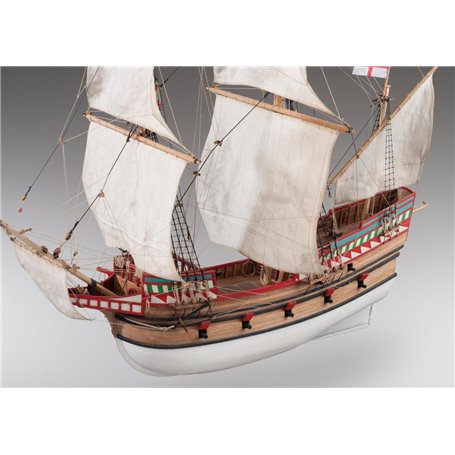 Golden Hind was a ship of Sir Francis Drake during his circumnavigation of the globe between years 1577-1580. Original name of the ship Pelican but Drake renamed her just during the voyage in 1578. There are no available original plans or construction drawings of the Golden Hind but it is supposed that the ship was about 25 meters long and had about 120tons displacement. The ship was armed by 18 guns of various calibres. This model was basically reconstructed after pictures of Golden Hind on Hondius’ map of the world from 1595.