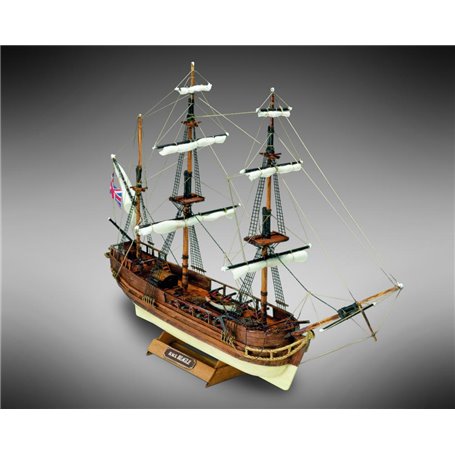 H.M.S. Beagle was built around 1817. Class: barque. Length: approx. 28 m. Equipment: 8 guns (before transformation). Used at first as a coasting vessel. It was subsequently equipped for scientific observations which led it across the Atlantic and the Pacific Oceans to the most distant lands. A mizzen-mast was added so that the ship could be more easily steered along the coralreefs of the Pacific Islands, thus transforming Beagle into a barque. 27th December 1831: Beagle sailed from Plymouth, England for a long exploration voyage with one of the most famous scientists on board, Charles Darwin, who formulated his famous theory of evolution.