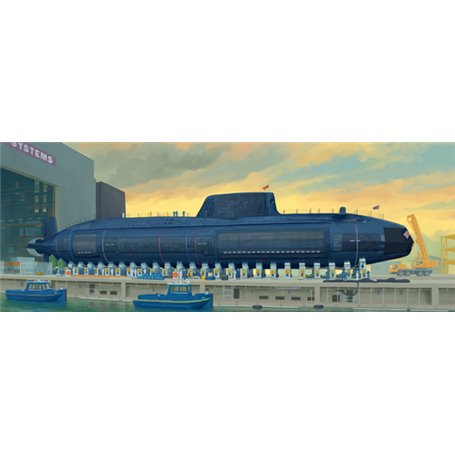 The submarines cost about $2.4 billion US Dollars (USD) each. The ASTUTE class consists of attack submarines, in contrast to the ballistic missile submarines of the VANGUARD class.