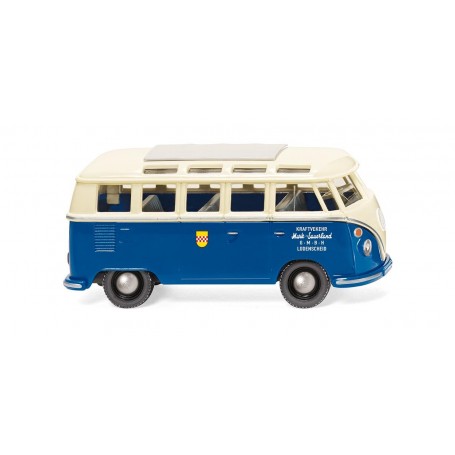 Its destinations were clearly defined
Altena, Halver, Lüdenscheid or Attendorn the Sambabus made a clean sweep of the Märkisches Sauerland! WIKING has built the popular classic in the colours of the Kraftverkehr Mark Sauerland GmbH company. This time, its roof is closed the regions weather takes its toll. Between 1925 and 1975 the Kraftverkehr Mark Sauerland GmbH company was responsible for public transport in the region around Lüdenscheid, until the company merged with a number of other operations as part of local authority reorganisation. The engravings are finely detailed the WIKING model builders have made a marvellous job of the sunroof!

Samba bus in the service of Mark-Sauerland