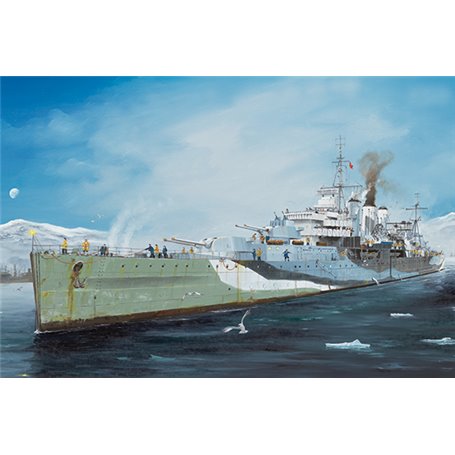 By buying this product you can collect up to 849 points.

HMS Kent is 1928 County built the Royal Navy heavy cruiser. Kent class is a subtype of County class cruisers first ship. Upon completion, the ship was sent to China. HMS Kent in late 1939 in the eastern Indian Ocean to participate in the hunt German pocket battleship Admiral Graf Spee of operations in early 1940 and then was re-assigned to the Indian army escort mission, she was transferred to the Mediterranean in mid-1940, but shortly after arriving was torpedoed, and then repair the year. After the repair has been carried out in service to the local fleet and intercept enemy fleet guarding tasks. The ship retired in 1946 until 1948 in Toulon shipyard dismantling sold.