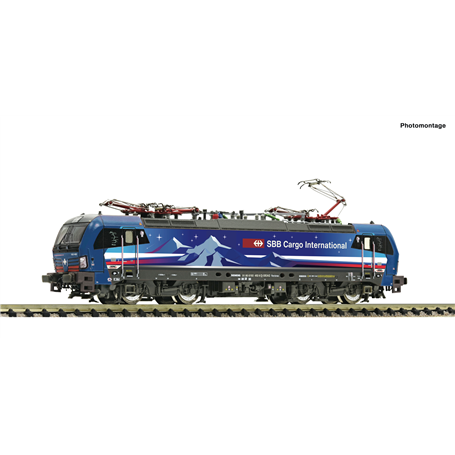 By buying this product you can collect up to 2995 points.

■ Model in delicate livery with sophisticated printing
■ With four pantographs. Reflecting side windows
■ The headlights of the locomotive can be partially or even entirely switched off via a microswitch
■ High beam

5-pole motor with flywheel. Drive on four axles and two traction tyres.Coupler pocket according to NEM 355 standards and guide mechanism. White and red LED triple headlights that change with the direction of travel.

Prototype: The Hupac AG is a Swiss group of companies engaged in transalpine freight transport. It provides accompanied (full tractor unit) as well as unaccompanied (only semitrailer or sea container without towing vehicle) transport services and operates in the so-called combined or intermodal traffic. The company's name comes from the designation "Huckepack""Piggyback", which is the no longer common word for the combined freight transport. The head office is located in the border town of Chiasso in the canton of Ticino. HUPAC was founded in 1967.