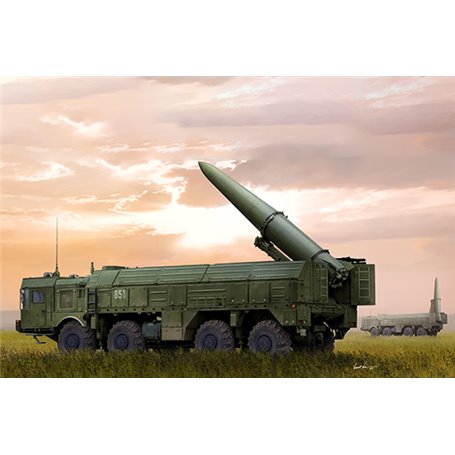 By buying this product you can collect up to 1399 points.

Full drive train assembly complete with engine transmission, differential housing and suspension units.
The main tires are hollow rubber with very good tread pattern
The windshield and side windows are made of clear prts.
Photo-etched par

The road-mobile Iskander was the second attempt to replace the Scud missile. The first attempt, the Oka, was eliminated under the INF Treaty. The Iskander appears to have several different conventional warheads, including a cluster munitions warhead, a fuel-air explosive enhanced-blast warhead, a high explosive-fragmentation warhead, an earth penetrator for bunker busting and an electromagnetic pulse device for anti-radar missions. The missile can also carry nuclear warheads.The first successful launch occurred in 1996.

In 2006, serial production of the Iskander-M Tactical Ballistic Missile System launched, and the system was adopted by the Russian army.