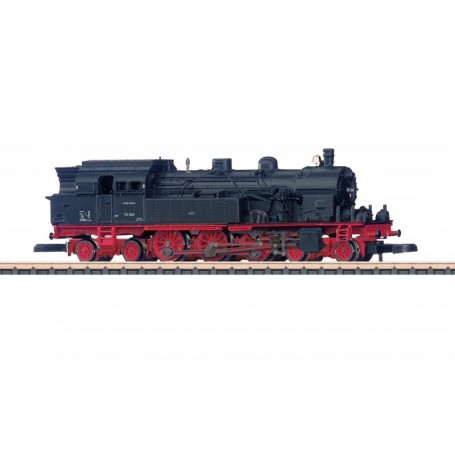 By buying this product you can collect up to 2671 points.

Model: The locomotive is a reworked model and has a motor with a bell-shaped armature and fine, complete, fully working valve gear. It also has imitation brakes, sand pipes, and rail clearance devices. All driving axles powered. Maintenance-free warm white LEDs are used for headlights. Length over the buffers 70 mm / 2-3/4".

Conceived originally in 1911 for faster handling of passenger train service on the Isle of Rügen, built as the class T 18 (later class 78) in its symmetrical construction with three coupled wheel sets, two trucks, large fuel and water containers and a max