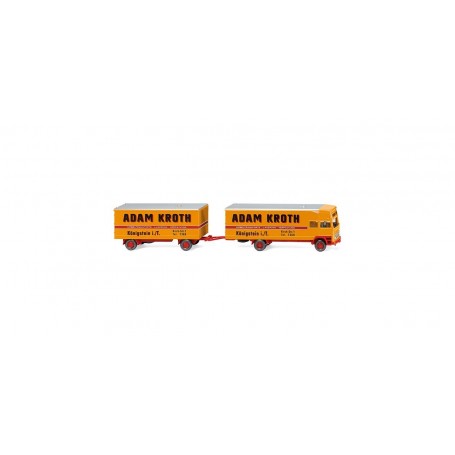 Characterised by the Ackermann wings

Furniture box with Ackermann wings on the sides, the doors also feature the companys address Königstein i.T. as well as the postal address and the phone number in black with a red shadow.

Also, red stripe on the side with lettering Möbeltransporte, Lagerung, Verpackung. Trailer with box body narcissus yellow, chassis with swing axle and bottom part as well as wheels and draw-bar red.