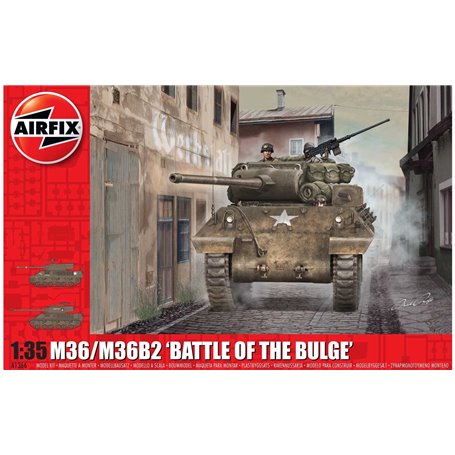 The M36 was introduced to replace the M10 which only had a 76mm gun. The M36 had a 90mm gun with greater armour piercing capability. In the Battle of the Bulge in December 1944, it gave it the capability of combating the Tigers and Panthers of the Wehrmacht. The M36 with its new turret was placed on converted M10A1 hulls. The M36B2 used the same turret but was placed on the M4A2 hulls which had a diesel engine. They both had a long service life, particularly in other nations services.